Based on the "Cryptography" category.
Alternatively, view ring alternatives based on common mentions on social networks and blogs.

Run Linux Software Faster and Safer than Linux with Unikernels 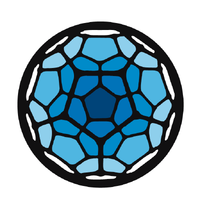 Do you think we are missing an alternative of ring or a related project?

THE SOFTWARE IS PROVIDED "AS IS" AND BRIAN SMITH AND THE AUTHORS DISCLAIM ALL WARRANTIES WITH REGARD TO THIS SOFTWARE INCLUDING ALL IMPLIED WARRANTIES OF MERCHANTABILITY AND FITNESS. IN NO EVENT SHALL BRIAN SMITH OR THE AUTHORS BE LIABLE FOR ANY SPECIAL, DIRECT, INDIRECT, OR CONSEQUENTIAL DAMAGES OR ANY DAMAGES WHATSOEVER RESULTING FROM LOSS OF USE, DATA OR PROFITS, WHETHER IN AN ACTION OF CONTRACT, NEGLIGENCE OR OTHER TORTIOUS ACTION, ARISING OUT OF OR IN CONNECTION WITH THE USE OR PERFORMANCE OF THIS SOFTWARE.

ring is focused on the implementation, testing, and optimization of a core set of cryptographic operations exposed via an easy-to-use (and hard-to-misuse) API. ring exposes a Rust API and is written in a hybrid of Rust, C, and assembly language.

Particular attention is being paid to making it easy to build and integrate ring into applications and higher-level frameworks, and to ensuring that ring works optimally on small devices, and eventually microcontrollers, to support Internet of Things (IoT) applications.

ring is focused on general-purpose cryptography. WebPKI X.509 certificate validation is done in the webpki project, which is built on top of ring. Also, multiple groups are working on implementations of cryptographic protocols like TLS, SSH, and DNSSEC on top of ring.

ring is the successor of an earlier project called GFp. GFp implemented some elliptic curve cryptography over prime finite fields, also known as prime Galois fields and often denoted GF(p). When we implemented RSA, the name GFp did not make as much sense, since modular arithmetic over RSA public moduli is not GF(p) arithmetic but rather finite commutative ring arithmetic. Also note that ring started as a subset of BoringSSL, and “ring” is a substring of “Bo*ring*SSL”.

Most of the C and assembly language code in ring comes from BoringSSL, and BoringSSL is derived from OpenSSL. ring merges changes from BoringSSL regularly. Also, several changes that were developed for ring have already been merged into BoringSSL.

See the documentation at https://briansmith.org/rustdoc/ring/.

See [BUILDING.md](BUILDING.md) for instructions on how to build it. These instructions are especially important for cross-compiling and for building on Windows when not building from crates.io, as there are build prerequisites that need to be installed.

ring's benchmarks are located in the benches folder of this repository. Because there is lots of platform-specific code in ring, and because ring chooses dynamically at runtime which optimized implementation of each crypto primitive to use, it is very difficult to publish a useful single set of benchmarks; instead, you are highly encouraged to run the benchmarks yourselves on your target hardware.

The most important contributions are uses of ring. That is, we're very interested in seeing useful things built on top of ring, like implementations of TLS, SSH, the Noise Protocol, etc.

Of course, contributions to ring's code base are highly appreciated too. The ring project happily accepts pull requests without you needing to sign any formal license agreement. The portions of pull requests that modify existing files must be licensed under the same terms as the files being modified. New files in pull requests, including in particular all Rust code, must be licensed under the ISC-style license. Please state that you agree to license your contributions in the commit messages of commits in pull requests, e.g. by putting this at the bottom of your commit message:

If you want to work directly on ring and you don't have an idea for something to contribute already, see these curated lists of open issues:

In addition, we're always interested in these kinds of contributions:

Before submitting pull requests, make sure that the tests succeed both when running cargo test and cargo test --no-default-features. See [BUILDING.md](BUILDING.md) for more info about the features flags that are useful for people hacking on ring.

ring is tested on the latest Stable, Beta, and Nightly releases of Rust. We do not spend effort on backward compatibility with older releases of Rust; for example, when Rust 1.53 (Stable) is released, we don't care if ring stops working with Rust 1.52 or earlier versions. Thus, we can always use the latest stable features of the Rust language in ring. As a general policy, we don't use unstable features of Rust. Sometimes things are broken with Nightly Rust. We prioritize keeping things working on Stable; if things break on Beta and Nightly then that breakage won't be considered urgent, though we will try to resolve it.

We prefer to improve ring's API over keeping ring's API stable. We don't keep old APIs around for the sake of backward compatibility; we prefer to remove old APIs in the same change that adds new APIs. This makes it easier for people to contribute improvements. This means that sometimes upgrading to the newest version of ring will require some code changes. Over time the rate of change in the API will probably slow to the point where it will be stable in practice.

We don't have release notes. Instead, we try to clearly document each change in each commit. Read the the commit message, the tests, and the patch itself for each change. If anything is still unclear, let us know by submitting a pull request or by filing an issue in the issue tracker so that we can improve things.

This model of development is different than the model a lot of other open source libraries use. The idea behind our model is to encourage all users to work together to ensure that the latest version is good as it is being developed. In particular, because users know that correctness/security fixes (if any) aren't going to get backported, they have a strong incentive to help review pull requests before they are merged and/or review commits on the main branch after they've landed to ensure that code quality on the main branch stays high.

Every six months we have a meeting to revisit this policy. Email [email protected] if you want to attend the next meeting. Please don't file issues regarding this policy.

Please report bugs either as pull requests or as issues in the issue tracker. ring has a full disclosure vulnerability policy. Please do NOT attempt to report any security vulnerability in this code privately to anybody.

The following targets are tested in GitHub Actions. The tests are run in debug and release configurations, for the current release of each Rust channel (Stable, Beta, Nightly). A C compiler is currently required to compile some parts of ring; ring should be compatible with GCC 4.8+, Clang 10+, and MSVC 2019+, at least.


*Note that all licence references and agreements mentioned in the ring README section above are relevant to that project's source code only.