Based on the "Image processing" category

SaaSHub will help you find the best software and product alternatives
Promoted www.saashub.com 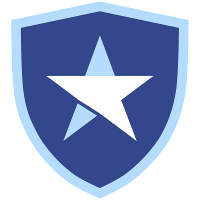 Do you think we are missing an alternative of opencv-rust or a related project?

Experimental Rust bindings for OpenCV 3 and 4.

The API is usable, but unstable and not very battle-tested; use at your own risk.

Select OpenCV version if different from default (opencv-4) in Cargo.toml:

Or enable usage of contrib modules:

You have several options of getting the OpenCV library:

Installing OpenCV is easy through the following sources:

Get OpenCV from homebrew:

You can of course always compile OpenCV of the version you prefer manually. This is also supported, but it requires some additional configuration.

You need to set up the following environment variables to point to the installed files of your OpenCV build: OPENCV_LINK_LIBS, OPENCV_LINK_PATHS and OPENCV_INCLUDE_PATHS (see below for details).

Make sure you're building with buildtime-bindgen feature enabled (requires installed clang/llvm), it will recreate rust and cpp files to match the version you have installed. Please be sure to also set up the relevant environment variables that will allow the linker to find the libraries it needs (see below).

These errors (note the .cpp source file and Error return value) are coming from OpenCV itself, not from the crate. It means that you're using the OpenCV API incorrectly, e.g. passing incompatible or unexpected arguments. Please refer to the OpenCV documentation for details.

Be sure to import use opencv::prelude::*;. The crate contains a lot of traits that need to be imported first.

Also check that if you're using a contrib module that the contrib feature is enabled for the crate.

That often means that Windows can't find the OpenCV library dll. Be sure to set up PATH environment variable correctly or copy the dll next to the binary you're trying to run. Check that guide too.

Unless you're doing a very specific build, you want to have environment variable VCPKGRS_DYNAMIC set to "1".

OS can't find libclang.dylib dynamic library because it resides in a non-standard path, set up the DYLD_FALLBACK_LIBRARY_PATH environment variable to point to the path where libclang.dylib can be found, e.g. for Xcode:

If you still have trouble using the crate after going through the Troubleshooting steps please fill free to report it to the bugtracker.

When reporting an issue please state:

The following variables must be set when building without pkg_config, cmake or vcpkg. You can set them on any platform, the specified values will override those automatically discovered.

The following variables are rarely used, but you might need them under some circumstances:

The following variables affect the building the of the opencv crate, but belong to external components:

The following OpenCV versions are supported at the moment:

Generally you should use the latest stable rustc to compile this crate.

Currently, the main development and testing of the crate is performed on Linux, but other major platforms are also supported: macOS and Windows.

Generally the crate tries to only wrap OpenCV API and provide some convenience functions to be able to use it in Rust easier. We try to avoid adding any functionality besides that.

Most functions return a Result to expose a potential C++ exception. Although some methods like property reads or functions that are marked CV_NOEXCEPT in the OpenCV headers are infallible and return a naked value.

Properties of OpenCV classes are accessible through setters and getters. Those functions are infallible, they return the value directly instead of Result.

For infallible functions (like setters) that accept &str values the following logic applies: if a Rust string passed as argument contains null byte then this string will be truncated up to that null byte. So if for example you pass "123\0456" to the setter, the property will be set to "123".

Some API functions accept callbacks, e.g. set_mouse_callback. While currently it's possible to successfully use those functions there are some limitations to keep in mind. Current implementation of callback handling leaks the passed callback argument. That means that the closure used as a callback will never be freed during the lifetime of a program and moreover Drop will not be called for it. There is a plan to implement possibility to be able to free at least some of the closures.

Although the crate tries to provide an ergonomic Rust interface for OpenCV, don't expect Rust safety guarantees at this stage. It's especially true for the borrow-checking and the shared mutable ownership. Notable example would be Mat which is a reference counted object in its essence. You can own a seemingly separate Mat in Rust terms, but it's going to be a mutable reference to the other Mat under the hood. Treat safety of the crate's API as you would treat one of C++, use clone() when needed.

To be able to use some modules you need to have opencv_contrib installed. You can find the full list of contrib modules here with the exception that dnn module is also considered contrib for OpenCV 3.2.

While most of the API is covered, for various reasons (that might no longer hold) there are modules and functions that are not yet implemented. If a missing module/function is near and dear to you, please file an issue (or better, open a pull request!).

This crate works similar to the model of python and java's OpenCV wrappers - it uses libclang to parse the OpenCV C++ headers, generates a C interface to the C++ API, and wraps the C interface in Rust.

All the major modules in the C++ API are merged together in a huge cv:: namespace. We instead made one rust module for each major OpenCV module. So, for example, C++ cv::Mat is opencv::core::Mat in this crate.

The methods and field names have been snake_cased. Methods arguments with default value lose these default values, but they are reported in the API documentation.

Overloaded methods have been mostly manually given different names or automatically renamed to *_1, *_2, etc.

If you can't use OpenCV 3.x or higher, the (no longer maintained) 0.2.4 version of this crate is known to work with OpenCV 2.4.7.13 (and probably other 2.4 versions). Please refer to the README.md file for that version because the crate has gone through the considerable rewrite since.

The binding generator code lives in a separate crate under [binding-generator](binding-generator). During the build phase (with buildtime-bindgen feature enabled) it creates bindings from the header files and puts them into [bindings](bindings) directory. Those are then transferred to [src](src) for the consumption by the crate users.

The crate itself, as imported by users, consists of generated rust code in [src](src) committed to the repo. This way, users don't have to handle the code generation overhead in their builds. When developing this crate, you can test changes to the binding generation using cargo build -vv. When changing the binding-generator, be sure to push changes to the generated code!

If you're looking for things to improve be sure to search for todo and fixme labels in the project source, those usually carry the comment of what exactly needs to be fixed.

The license for the original work is MIT.

Special thanks to ttacon for yielding the crate name.


*Note that all licence references and agreements mentioned in the opencv-rust README section above are relevant to that project's source code only.